A labyrinth is not a maze.  A maze has several different pathways and dead ends, which are deliberately designed to frustrate, confuse and quite literally ‘amaze’… 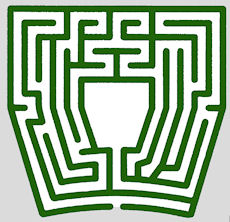 A labyrinth, on the other hand has a single pathway and there are no dead ends so you can’t get lost. A maze is an intellectual exercise and a labyrinth is a spiritual one –  a simple, contemplative pathway which quiets the mind and opens the heart. 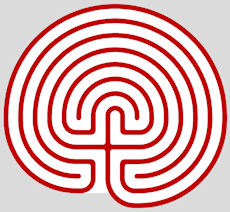 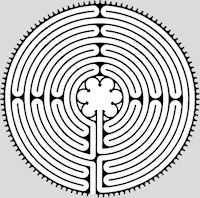 The most famous labyrinth is in the Chartres Cathedral in France.  It was built in the early 13th Century and was seen as an alternate form of pilgrimage.  During the crusades, the journey to Jerusalem was too dangerous, so people would make their way to one of six Cathedrals in France, which at that time had labyrinths in them. 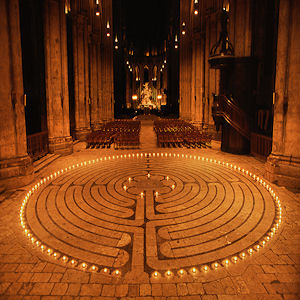 But the labyrinth doesn’t belong to Christianity alone. There are Neolithic petroglyphs of the Classical design labyrinth in Spain.  The Romans had labyrinth mosaic floors and there are examples of pottery from 7th century BC with labyrinth design. The Greeks used the labyrinth in their currency. 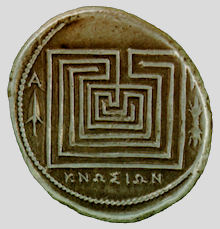 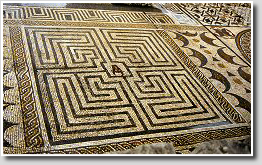 There are turf labyrinths in the UK and Germany, usually found on village greens, some of which are documented to have been walked for over 500 years. There are hundreds of examples of stone labyrinths in Scandinavia built on coastal headlands.  There are also ancient examples in India and in North and South America.

Use of the Labyrinth in Europe fell out of favour sometime around the end of the 17th century, coinciding with the cultural shift in emphasis to rational, linear thinking.  It was also around this time that mazes began to be introduced into garden design.

In the last few decades there’s been a revival of interest in the labyrinth and a return to this form of ‘slow cooking’ contemplation. In the last 15 years in the United States, there have been more than 200 labyrinths built in hospitals alone, including Bethesda Naval Hospital near Washington DC, where the labyrinth is being used to help veterans with PTSD. They’re also being built in universities, public parks, schools and thousands of people are building them in their backyards. 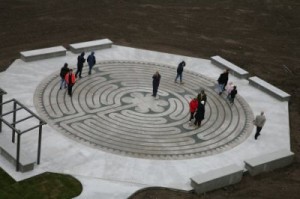 All images are the property of Jeff Saward / Labyrinthos